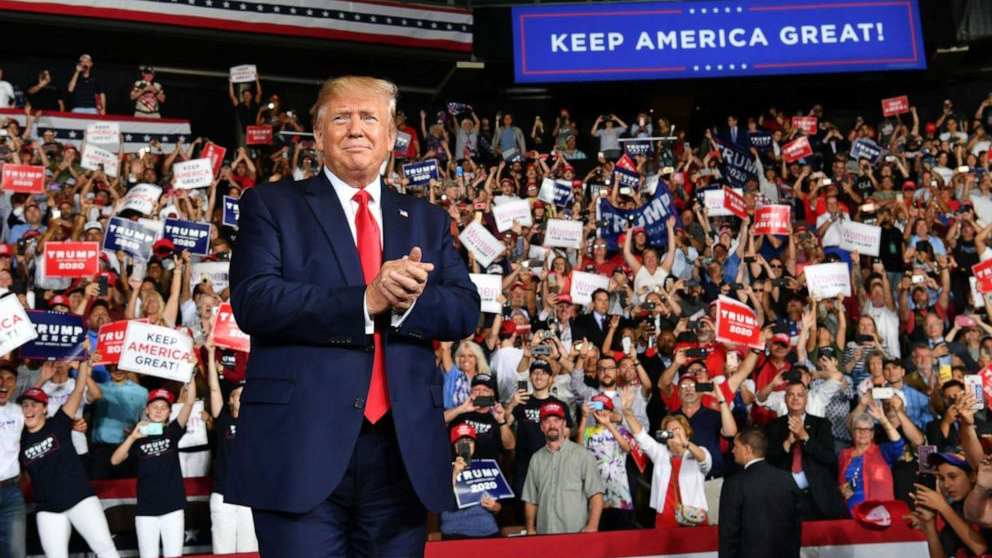 The 12th Amendment and Trump’s last chance to win [Video]

A big event is planned for January 6th. It might be the closing gathering of massive numbers of Trump supporters, or the vanguard of troops for the Second American Civil War. We know rather little about the actual nature of the gathering, only that January 6th is the day that the Electoral College vote gets read and approved by Congress. Presumably at the very least, the expected enormous gathering of Trump supporters is supposed to send a message to Congress to rethink their decision to bring Joe Biden into official recognition as the President-Elect to take the oath of office on January 20th, 2021.

However, Roman Balmakov, The Epoch Times’ correspondent, brings up some interesting possibilities. Two different readings of the US Constitution’s 12th Amendment seem to indicate that it is possible that the Vice President and the Vice President alone, as President of the Senate, could declare President Trump the actual victor through the acknowledgement of the “dueling electors” submitted by several of the states in which fraud is shown to have occurred in the November matchup.

This could happen, but in my own estimation, as well as Mr. Balmakov’s, it is unlikely and perhaps even dangerous. He notes that 96% of Democrat voters believe their guy and gal won legitimately. Because of this, it is exceedingly unlikely that they would be amenable to the challenge going this far.

This brings up a very interesting and tragic question:

There absolutely was massive fraud in this election. President Trump has every logical argument showing that this is true. The cases made by his team are convincing and very compelling. Yet, every court, including the US Supreme Court, made up incidentally of a strong 5-4 or even 6-3 conservative majority, has dismissed the lawsuits. While Rudy Giuliani strongly believes that the batch of lawsuits this week should work, there is no reason to expect that they will since other very firm arguments with loads of evidence have been dismissed out of hand.

It is clear that the Deep State is striking back, solidly and with great power to get President Trump out of office. What is more, the financial markets seem just fine with Biden coming in, and they continue to climb, with the Dow Jones at its highest levels of the year, and climbing.

Miracles can happen, and certainly as a Trump supporter, I wish one would. However, the Trump team can be credited with one thing that will absolutely last, no matter what – it ran an honest campaign and an honest challenge to a dishonest election. In every possible way, the Trump campaign and its candidate have done the right thing in terms of running fairly, and refusing to concede.

Where does this leave us? What happens next?

Honestly, it is too early to say anything that is not wildly speculative, no matter how tame it is. But, it is the end of the year, the end of a very crazy pandemic and election year, and the most dishonest managed presidential election in American history. So, with all that weirdness, let’s add a few speculative predictions of what we might see in coming days and weeks:

This whole election has been a massive lie carried out by very powerful people. They seem to be succeeding and in the short run, I personally expect that they will continue to succeed. But their success is based on falsehood and lies. The Trump supporters already know this and they will be watching the Biden / Harris cabal like a hawk. The civil war may indeed come, or secessions may come, unless the usurpers to power are very careful not to poke them too hard. Conversely, a light touch from them may encourage complacency in conservatives, but it will also slow the progress of Marxism in the country.

I am a musician, recording engineer, producer, truth-seeker and truth-teller, and most importantly, an Orthodox Christian. Christianity defines my worldview in everything I do. View all posts by seraphim2019